Uber, Airbnb, and the battle for the new Silicon Valley 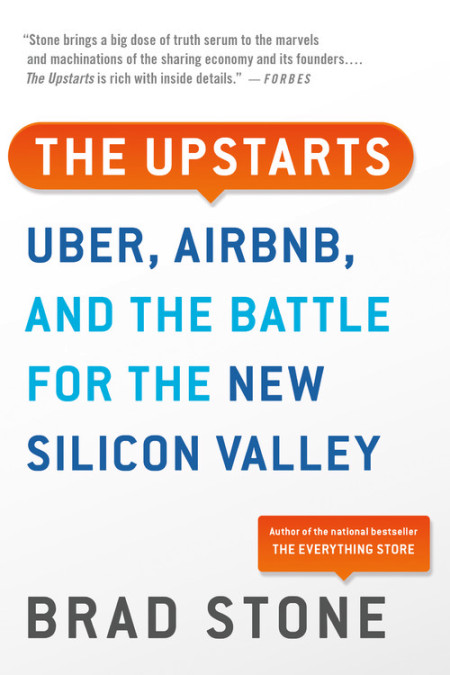 Amid the throngs at the January 2009 inauguration of Barack Obama, two groups of entrepreneurs were there not just to witness history but to make it. Brian Chesky, Joe Gebbia and Nathan Blecharczyk were in the national mall that day, promoting a website called Airbed&Breakfast.com. Meanwhile Travis Kalanick and Garrett Camp sat with friends in seats above the inaugural platform, discussing an idea for a startup that the world would soon know well: Uber.

It was the beginning of a technology revolution that would unfold over the next eight years, connecting strangers via smartphones, changing the way people travel inside and between cities and challenging how governments think about regulating business. Controversy, conflict and enormous wealth would follow these upstarts in their unrelenting expansion around the globe.

In the same spirit as his best-selling THE EVERYTHING STORE, Brad Stone uses unprecedented inside access at Uber and Airbnb to chronicle the giants of momentous new business age, as well as the charismatic and contrarian CEOs that are behind it.

“Brad Stone’s The Upstarts reads like a detective story: A page turning who-did-it on the creation of billion dollar fortunes and the ruthless murder of traditional businesses.

No single book will tell you more about what life feels like inside companies like Airbnb and Uber as they grow from mere ideas into merciless machines for innovation, riches and unease. The sweat. The stress. The power highs of new instant fortunes. It’s all here. You won’t be able to put The Upstarts down. And when you finally do, you’ll look at your own company and career in a totally fresh way.”—Ken Auletta, author of Googled

This website uses cookies to improve your experience while you navigate through the website. Out of these, the cookies that are categorized as necessary are stored on your browser as they are essential for the working of basic functionalities of the website. We also use third-party cookies that help us analyze and understand how you use this website. These cookies will be stored in your browser only with your consent. You also have the option to opt-out of these cookies. But opting out of some of these cookies may affect your browsing experience.
Necessary Always Enabled

Performance cookies are used to understand and analyze the key performance indexes of the website which helps in delivering a better user experience for the visitors.

Analytical cookies are used to understand how visitors interact with the website. These cookies help provide information on metrics the number of visitors, bounce rate, traffic source, etc.

Advertisement cookies are used to provide visitors with relevant ads and marketing campaigns. These cookies track visitors across websites and collect information to provide customized ads.

Other uncategorized cookies are those that are being analyzed and have not been classified into a category as yet.

SAVE & ACCEPT
Scroll To Top